A guide for PPLD's 3D printers 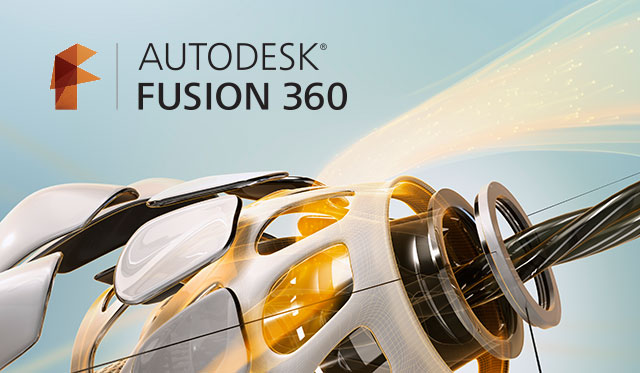 "Fusion 360 is a cloud-based 3D CAD, CAM, and CAE platform for product development. It combines industrial and mechanical design, simulation, collaboration, and machining in a single package. The tools in Fusion 360 enable fast and easy exploration of design ideas with an integrated concept-to-production toolset."

Fusion 360 is one of the most capable and feature-rich 3D modeling programs available for free.  Complete with a sculpting tool, impact simulation capabilities, and a polished rendering mode, it gives full-priced pro tools like Solidworks a run for their money - at least for hobbyist/startup use.

It is worth noting that there are some restrictions on how you are allowed to use the software, which you can read more about when you select your user license.  The terms and conditions are a little less restrictive than Onshape, but you should still familiarize yourself with what you can and can't do (some restrictions include the age of the user, who you can share your license with, or how much money you can earn as a business that utilizes Fusion 360 in their production).

We recommend initially learning to 3D model using a simpler software like Tinkercad before graduating to Fusion 360.  If you're ready to get down to business now, and you don't mind the initial difficulty curve, Fusion has you covered with dozens of different ways to get started.  Autodesk supports Fusion 360 with professionally-produced learning resources, so you're not left to scrounge the web for tutorials.

Install Fusion 360: Unlike Tinkercad or Onshape, which are browser-based, Fusion 360 requires you to install new software on your computer.  Fortunately, the client is available for both PC and Mac systems.

Create an Autodesk Account: When you first launch Fusion 360, you will be asked for your Autodesk ID and password.  If you've already created an ID  and Password for Tinkercad, Fusion 360 will use the same log-in, since both are Autodesk products.

Select your License: In order to use Fusion 360 for free, you must obtain a user license from Autodesk - either as a Hobbyist/Startup, a Student, or an Educator.  You will be prompted to select a license after the first time you log into Fusion 360 with your Autodesk ID.

Selecting a license is easy, but it is a legal agreement, so make sure that you qualify for the license that you've chosen.

Once you've successfully launched Fusion 360 and signed into your Autodesk account, you'll want to start getting familiar with the basic functions of the software.  Here are some great introductory tutorials that will help you get your bearings.

Start with the Basics: If you want a detailed overview of Fusion 360's interface and features, start with Autodesk's tutorial series on the fundamentals of Fusion 360.

Transitioning from Tinkercad?: Chaos Core Tech's Fusion 360 Video Tutorials series is specifically geared for users who are experienced with Tinkercad and want to know the major changes between the two, and how to adapt to the new work environment.

3D Model a Maker Coin: Maker's Muse takes you through the basics of Fusion 360 while teaching you how to create a maker coin that you can personalize.

The Learning Page: Accessible through the Help icon on the top left corner of the screen inside your Fusion 360 workspace, or simply through this link, the Fusion 360 Learning/Help page explains all features of the software in detail, with video demonstrations.  We recommend watching the videos for the Sketch and Model sections, and keeping the rest of the guide bookmarked for future reference.

Fusion 360 Youtube Channel: Don't forget to check out Autodesk's official channel for all things Fusion 360, complete with quick tips, past webinars, and troubleshooting demos for those tricky designs.

Making the Future: We recommend Autodesk's Making The Future tutorial as your first stop for learning about Fusion 360.  The first thing you'll want to do is download the file below (ShadeProfile).  Save it to your hard drive, then head over to the video tutorial playlist available on Youtube.

To get a better idea of the modeling capabilities of Fusion360, it's often helpful to see what people have made, as well as the thought process that goes into how they made it, and what tools they used.

Here are a few example modeling exercises that you can follow along with:

Once you've become familiar with all the functions of the software, the next step in your 3D modeling journey is to learn to plan out more complicated designs without help from a tutorial.  The best way to do this is to look for objects around your work or home space that look like something you could 3D Model.

Fusion 360 is capable of modeling functional mechanical objects.  Try modeling a hand tool like a screwdriver; office supplies like a tape dispenser or paper clip; a phone case; board game pieces; or a mounting bracket for a digital camera.

Take some measurements of the object, and draft it out on paper if you think that might help.  Then see how far you can get trying to replicate it.  Remember, this is just practice, so it may take some patience, and it doesn't have to be perfect.  If the object doesn't work out, try something easier and come back to it when you've gotten some experience with simpler objects.

Look for a problem you want to solve, an idea you want to express, or an item that needs to be fixed with a replacement part.

Map it out in your mind, or draft it on some graph paper if you need to visualize it first.

Try out a few designs in Fusion 360, print them out, and see if they work or if you need to go back to the drawing board.  Don't be afraid to make mistakes! Iteration and improvement are important parts of the design process.